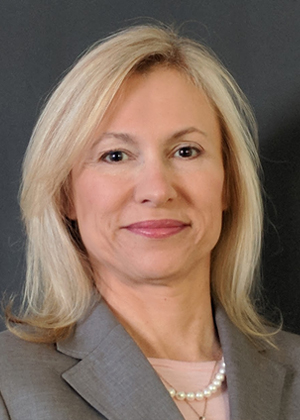 Nancy Abrolat is the founder of Abrolat Law pc. Ms. Abrolat began her legal practice at Paul, Hastings LLP in its prestigious employment law department. There, Ms. Abrolat received invaluable training and experience from the top defense attorneys in the country.

During her legal career, Ms. Abrolat has represented both employers and employees in all aspects of employment law, including class actions, wrongful discharge, discrimination, sexual harassment, retaliation, whistle-blower claims and wage and hour violations. Ms. Abrolat is licensed to practice in front of all Courts in the State of California, as well as the federal Ninth Circuit Court of Appeals. She also has developed a focus in jury trials and to that end, excelled in successfully completing the demanding Trial Advocacy Program sponsored by the Los Angeles County Bar Association.

Ms. Dina Adham graduated from the University of California, Santa Barbara, B.A., Political Science and received her Juris Doctorate from Boston College Law School. At Boston, Ms. Adham was a finalist for the Wendell F. Grimes Moot Court Competition, with her brief earning a spot in the Top 10.

During her almost two decades of practice, Ms. Adham has gained extensive experience defending employees in a wide variety of industries. Ms. Adham started as an associate with Troop Steuber Pasich Reddick & Tobey and then Paul, Hastings, Janofsky & Walker, working with discovery documents, settlement negotiations, drafting of motions, and preparing and arguing appellate briefs before the California Court of Appeal.

Since then, she has worked with Warner Bros. Television and New Line Cinema in the department of Legal Affairs. In her role with Legal Affairs, Ms. Adham oversaw all aspects of production related to NEXT Entertainment reality shows, drafted agreements with various production members and negotiated and drafted participant contracts, and other production-related documents.

Now, Ms. Adham is a private practice attorney and recently drafted, argued, and won a motion for summary judgement in the Central District. With her diverse experience in defense employment litigation, Ms. Adham has vast experience and knowledge to contribute to our team.

Ms. Jessica Flores is an associate attorney with Abrolat Law, pc.  She has years of experience advocating for the rights of employees against private and public employers across numerous industries.  She has represented employees in all stages of pre-trial litigation on matters such as wrongful termination, harassment, discrimination, retaliation, whistleblower claims, family leave claims and failure to pay all wages owed.

Ms. Flores is admitted to the State Bar of California and the United States District Court for the Central District of California.  Ms. Flores received her Juris Doctorate degree from Loyola Law School and her bachelor’s degree from the University of California, Los Angeles (UCLA).  She is fluent in Spanish.

Jennifer Olivares is a graduate of Loyola Law School in Los Angeles, California, and received her B.A. in Business Administration, Marketing from Loyola Marymount University.  While in law school, she was a member of the Entertainment and Sports Law Society and participated in the Loyola Law School Center for Conflict Resolution, where she facilitated resolution of a wide variety of cases.

Ms. Olivares has significant employment litigation and class action experience.  Prior to joining Abrolat Law, PC, Ms. Olivares clerked at a well-respected employment law firm in Los Angeles, which represented California workers exclusively in labor and employment matters.  She also worked as a Class Action Administrator, where she was responsible for managing the processing and administration of class action cases. Ms. Olivares is fluent in Spanish.

While in college, Ms. Olivares was a student athlete as part of Loyola Marymount University’s NCAA Division I Softball Team.  She is passionate about the advancement of women’s sports and has volunteered as a Coach for a number of community girls’ softball teams.